Every year the cost of college tuition goes up. It looks like gifts to colleges may be getting more money from gifts this year.  Does this mean that college cost will not rise greater than inflation or will colleges just go ahead and raise rates anyway, because they can?

Adjusted for inflation, last year’s increase is 4.8 percent over 2010, according to the Voluntary Support of Education survey. The good fundraising news doesn’t automatically mean that parents and students won’t face tuition increases.

… and don’t forget your FAFSA applications whether it’s the first time or the time to redo it for the coming school year….

This Is The Ultimate College Prep Coaching Program Dedicated To Teaching Parents How To Pay Less For College And How To Get Students Into First-choice Colleges.

I’m a single mom with two awesome daughters.  One will be going to college in two years, the other in six. I think every parent struggles with responsibility issues with their kids. Yes I want my kids to grow up to be very responsible adults. I know that letting them have and solve their own problems is key to that development. However they are not really capable of funding college tuition at this time, are they? 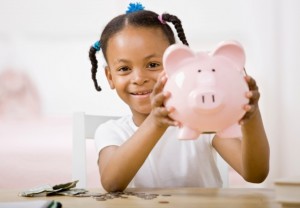 I also know that too much responsibility at too early an age can result in some seriously messed up choices. I’m living proof. As a young kid I was faced with some serious issues for which I had no prior experience, knowledge or judgment. In addition to that there were no caring adults to help me along through the process. It’s a good Oprah story and I won’t go into details here.

However, as a result of that, I declared that my kids would NEVER have to face any of the horrifying challenges that I did as a young kid.  My kids are going to get the best treatment I can give them.  I’m not going to overprotect them either, but the level of responsibility will be commensurate with their age or personal development level. So that leads me to paying for college.

When I graduated from high school I got a summer job at the place my dad worked. My dad said he’d buy my books if I paid the tuition and I’d live at home. I was able to save enough money at that summer job to pay for most of my tuition and then got a job during the winter break to pay for the rest.

Well if my kid did the same she’d have to earn over $35 per hour working 40 hours per week. People with serious college degrees make that much or less. That is totally ridiculous to expect that a high school grad could do that. I’d be willing to bet that there are a few who have done this but it’s not the norm.

One might make the argument that “that’s life” and you have to work with the reality. Yes, but no. No, I can’t take that reality as my answer. As much as I thought that I would be the “hard guy” mom and make my kids suffer the way I did and do things the way I did, I realized that this thinking is pointless.  Just because I had to pay my way through school (when it was a lot easier back then) doesn’t mean my kids have to.

Just because I suffered at the malicious hands of manipulating adults doesn’t mean my kids have to. No way. I’d like to think that this generation can gain from the mistakes and the knowledge of the last generation. That’s what advancement of society is all about isn’t it? Well yes it is for me and I expect many other single moms will agree that they want their kid’s lives to be better than theirs.

Update on How My Daughter is Funding College Tuition

She got a scholarship to Johns Hopkins University that pays for about half of her college tuition, and boarding.  How’s that for a kid funding college tuition?