Let’s define an employee. Employees expect to be paid a certain amount. Only then will they begin to work for that pay. People who work for a paycheck, bonus or profit sharing plans, perks etc. are promised some kind of financial reward then work hard to achieve it.  They wouldn’t consider doing a job for free. However they are not promised wealth.

Employees are most of the people we know, likely ourselves at some point. I know that was me when I was a student, then an engineer, then and engineer trying to get a promotion. I was always motivated by the paycheck or getting a bigger paycheck, degree, a bonus or promotion of some kind.

It’s pretty normal but not necessarily good. Being overweight is normal these days but  that’s not to say it is good for your health. 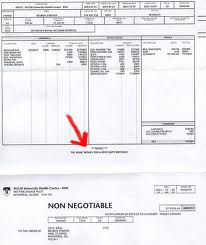 So if you take away the incentive, the paycheck, the bonus, the granting of the degree, what is the motivation to press on? Nothing, because you don’t know any better. When you trade your precious time for money nearly every day of your life until you retire you are an employee.

I am not condemning this. The human race has been doing this kind of thing for a long time and we’ve improved our lifestyles and health. But when I look in the mirror, as I get older, and my kids get older and go off to college, I cannot allow my life to be run by using up 40 – 50 hours per week working for someone else’s glory.

Being an employee is a fairly easy way to live. We just know it. Just follow someone else’s plan and go home at the end of the day.  Granted you don’t have a say in when you work and sometimes you get to work overtime for free if you are salaried, but you can just show up, run on autopilot and collect the check at the end of the month.

Golden Handcuffs Do Not Equal Wealth

You can really get sucked into the whole job scene.  Often referred to as the golden hand cuffs, this is no kinky adult play.  I hear so many people who work at a job because of the benefits such as health insurance. You know, you can buy that as a stand alone person and you can probably find a group rate so the costs are not that high. I had the same reaction myself before I left my corporate job. As much as I liked going to work every day (not) I was brainwashed into thinking I couldn’t leave because of the benefits.

Some employees won’t work if the boss is gone, or if they feel like they aren’t getting paid enough. Gee, find another job if you don’t like this one.  On the other side of it there are bosses that only do the bare minimum to keep their employees happy and have no respect for them as people.

Maybe you love the work you do but maybe you don’t want to do that much of it. Maybe you want some more time for yourself. Maybe you want to be able to have more of a say in when and where you get the job done. Maybe you’re not into face time and sucking up to the boss. Maybe you are tired of working for money, trading your time for dollars. Or maybe it suits you just fine. If so, you’re very lucky.

Well can the employee achieve wealth? Probably not. The reason is that wealth is defined in terms of time freedom and financial freedom. How can a person who has to go to work to receive a paycheck be considered wealthy? It’s impossible. I don’t care if you have million dollar salary, if you can’t call your own time shots, or take time off (a year), then you are not wealthy.

Would you ever consider an alternative? Entrepreneurship requires more effort in the short term but in the long term the benefits can far surpass the effort.  Your path to wealth is not a job.

2 Responses to “Can an Employee Achieve Wealth?”